WHAT IF THE GAME WAS REAL?

The internet is filled with unbelievable things. Whenever you scroll through social media, you're showered with articles and posts which you end up classifying readers into two groups: those that believe and those that (you think) are too smart to believe. 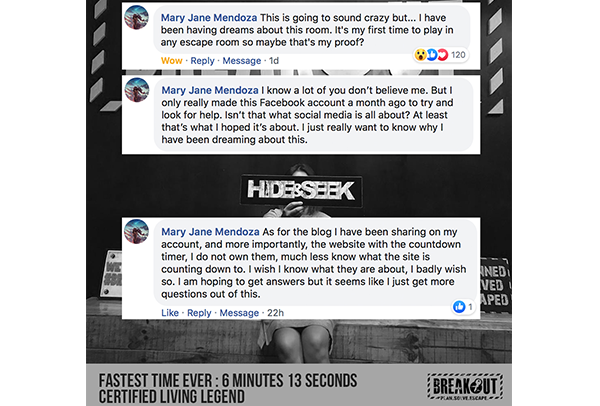 One post in particular, got your attention-- a social media post about someone accomplishing an impossible feat. It had FAKE NEWS written all over it-- She even credited her achievement to supernatural powers. The comments section is riddled with opposing insights. "Here we go again" you thought. People who believe were arguing with people who were too smart for this. 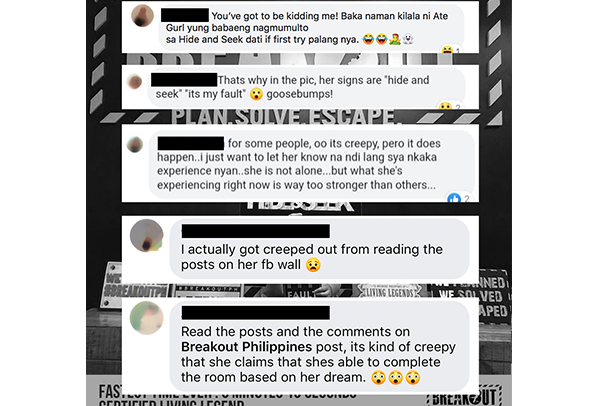 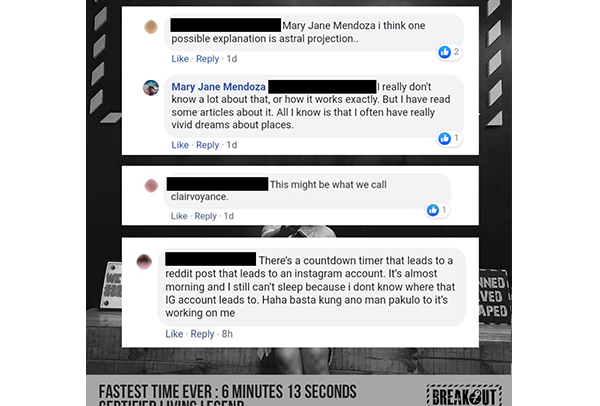 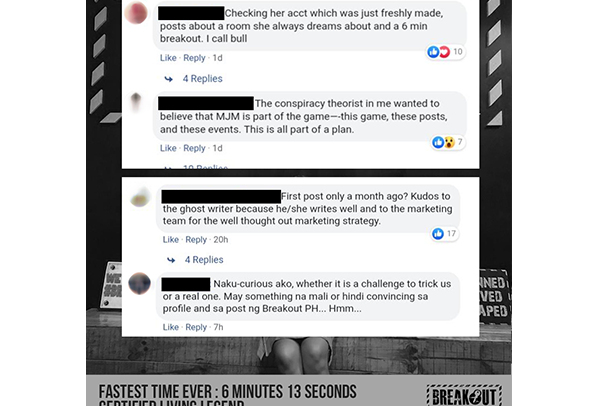 You wanted to share your own opinion on the matter so to make it into an objective argument, you decided to click on the person's profile and do some research on your own. This was when things got a bit strange.

One thing led to another and now you are engaged in conversation with the actual person with exchanged messages and even phone calls. Make no doubt about it, this person is real. 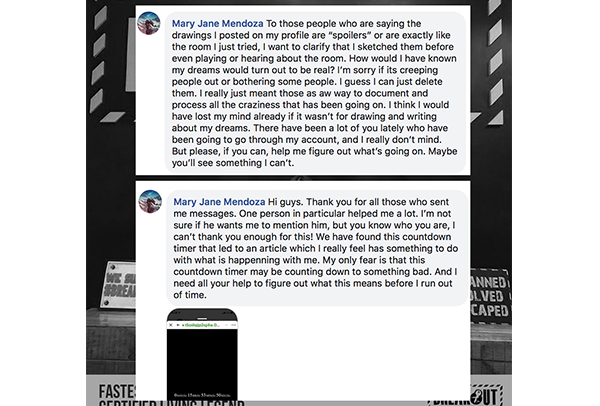 Now she says she needs your help. And now you're in an actual crossroad, is this something unbelievably real or just flat out unbelievable? You take your chances and decide to reach out again but suspiciously, you didn't get any reply. At the moment you justified your conclusion that this was indeed a hoax, someone contacted you saying she's gone missing and you were the last person she spoke to. Can you use the short conversations you had with her to understand the things she posted on her social media accounts to discover what is truly happening?

The Case of MJM is an Alternate Reality Game (ARG) by Breakout Philippines. Work with an online community as the game plays out in real time through actual messages, phone calls, and emails delivered by real life characters. There will also be instances where active players from the online community will receive instructions to go to locations around Metro Manila to find clues or meet and interact with game characters. Whether you completely believe or too smart to believe, this is your chance to test your mettle and find out if you can solve a series of puzzles to unravel the story behind Astral Projection and the missing Mary Jane Mendoza.

WHAT IS AN ARG?

An Alternate Reality Game is an interactive narrative that uses the real world as a platform. It is an obsession-inspiring genre that blends real-life treasure hunting, immersive storytelling, video games, and an engaged online community. The experience involves an intensely complicated series of puzzles that forces the player to be invested and sift through multiple platforms (such as Facebook, Instagram, Reddit, and YouTube) to find clues hidden in places like audio clips and seemingly regular websites. Players in the online community must work together to complete the entire game.

WARNING: This blend of real-world activities and a dramatic storyline is HIGHLY ADDICTIVE.

THE STORY SO FAR

The official game starts on Saturday, August 17. Stay tuned for warm up real time puzzles to happen in the week of July 29 to August 4.

We are aware that most ARGs are free to play. That's why we have some FREE CONTENT HERE which you can try first before committing to any of the subscriptions above (if you just like solving puzzles without the stories, we also have a very difficult #breakoutonlinechallenge series you can try in THIS LINK for free).

However, much like our other experiences, we have a dedicated team ready to take this to the next level. This won't be your ordinary ARG. Our story creators and actors will be working around the clock to give everyone a real time experience complete with live events where players find clues or meet and interact with game characters.

When does it start?
The official game starts on Saturday, August 17. Stay tuned for warm up real time puzzles to happen in the week of July 29 to August 4.
If the game is real time, what will happen if I'm busy on certain days? Will I miss out?
We know everyone cannot drop everything they are doing to play this game. So if you can't check on updates real time, don't worry! It certainly does not mean that it is game over for you already.

When we drop new information and puzzles throughout the day, it is more for you to take note of what time these happen as it may help you piece the whole picture together. There will also be game characters that will only be responding on certain times of the day, depending on their character background.

In case you miss on any of those schedules, the online community is designed to update all the members with key events so that they can easily catch up when convenient in your schedule.
So I can solve this on my time and pace?
Yes and no. Yes because you can rely on the online community to update you with key events you may have missed while you were offline. No because we recommend that you try to be as active as possible to fully enjoy this experience. It is important to note that we have designed the game to be solveable even if you can just give a few hours during your weekends and holidays. But the more time you can invest in this, the more you will appreciate everything.
Is it all just online puzzles?
The experience will be mainly solving online puzzles with the online community. However, we will be rewarding the very active players with special Live Events that will take you to places around Metro Manila.
What are Live Events? And why only active players?
A cryptic message, bizarre phone call, or a package delivered to your doorstep could be the start of a live game interaction. Know that your actions will give you guys unique experiences. There will be somethings or some people that you will not trust enough to follow depending on how you have been interacting in the game. So we won't force anyone to go anywhere if they really believe it is not for them. But those who are ready to take the plunge, you will be led to different locations around Metro Manila to find clues or meet and interact with game characters. It will be your job to update the rest of the community what it is you discovered.
How do I claim the Special Package of 999?
Simply join our Facebook Group HERE and you will find a discount code shared in it you can use in the sign up page!
Can you give me a sample puzzle?
Yes! Before this page was opened to the public, we secretly let the general public try our FREE TRIAL of this experience starting on Breakout's post on Facebook about Mary Jane's incredible accomplishment.

Though thatt is no longer in real time, try reading through the Facebook profile of Mary Jane. She talks a lot about a certain blog and another strange website. With those information, you should be able to find a hidden page online (not the Reddit Pages she shared on her timeline) that will also lead you to a different social media platform. From there, try and find a YouTube link. That video should give you a message to decode. We won't spoil the rest of the FREE SAMPLE, but you should get the gist by now.

We also have some #breakoutonlinechallenge editions in June and July that give you a sample of what type of puzzles to expect in this ARG experience.
I am below 18 years old or I live outside Metro Manila. Can I still join?
Yes, of course! We won't force you to join the Live Events, but if you happen to be in the area when one is scheduled, try not to miss it! Otherwise, make sure you are involved with the online community to hear updates of what happened.
Do I have a time limit?
This game will happen in real time. The Case of MJM will last for 2 months. We will have future ARGs that may last for longer.
I have more questions!
Email us at support@breakout.com.ph for more of your concerns!